It isn’t the Golden Gate Bridge that’s most visible all over the Bay Area, but Sutro Tower, a radio/TV behemoth atop a hill in the middle of San Francisco. I was shooting in Golden Gate Park this weekend when the sun began to burn through the fog, and as it rose in its journey it passed behind Sutro Tower. The fog was thick enough that the tower’s silhouette showed only where the sun was visible. Wonderful effect! 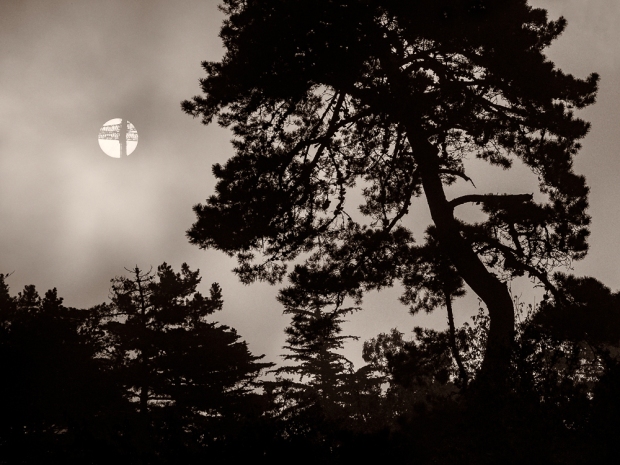